Tournaments are where memories are made

That’s especially true when you are playing in adult baseball tournaments. We love playing in our local leagues, but playing in a tourney is a whole different experience. Whether it’s a smaller regional event or a World Series tournament, taking the opportunity to go up against new competition is always exciting. Being able to play in new-to-you ballparks or on Major League training fields is always a blast. Having a chance to get away from day to day life for a while and hangout with other players and teammates as you battle it out for a win is priceless.

any day on the ballfield is a good day.

If you are looking for an opportunity for your team to play in a tournament in 2023, you came to the right spot. Even if you are riding solo you are in luck. Most tourneys have player pools you can sign up for to get picked up as a free agent. There are numerous tourneys to choose from. You just have to pick the ones you want to sign up for. To help you find where to play, we’ve made a list of Adult Baseball Tournaments. Each entry is linked to the page for that tourney so that you can find out more about it and sign up if you are ready to play.

LOAD UP ON LUMBER BEFORE YOUR TOURNAMENTS at just bats 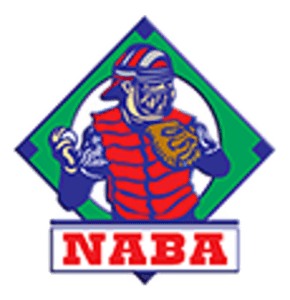 The National Amateur Baseball Association is large organizing body in adult baseball. It’s open to current amateurs 18 and over, and has affiliated leagues around the country. Where membership permits, there are multiple levels within multiple age divisions. The largest division nationally is the 18 Open division. There you’ll often find former college players and even some ex-pros.

When it comes to tournaments, the competition is often fierce while still maintaining a fun, laid back atmosphere that’s welcoming to players, families, and fans alike.

If you are looking for an NABA tournament to play in, you’re likely to find one relatively close. NABA hosts many national adult baseball tournaments throughout the year spread across the U.S.  If your team plans to play multiple tourneys, NABA offers package deals that can significantly lower the team cost per tournament.

NABA has two World Series tournaments each year. One in the Phoenix area and one in Florida.

Cancelled due to rain

“Don’t  go Soft–Play hardball!” That’s the catchphrase of the Men’s Senior Baseball League. Though “men” is in the name, the MSBL is open to all amateur players over the age of 18. Founded in 1988, MSBL has grown by offering affiliations to leagues across the country. Boasting around 45,000 member players, MSBL is one of the largest amateur adult baseball affiliations in the U.S.

While many of their tournaments are affiliate hosted regional tourneys, MSBL hosts many national tournaments during the year and throughout the country. Play is separated by age division and sometimes skill level.

These national tourneys lead up to the two major tournaments MSBL holds each year, the MSBL World Series in the Phoenix area and the Fall Classic in West Palm Beach, Florida.

Taking their name from the main character in “the Natural”, Roy Hobbs Baseball started in 1988 in Los Angeles. Five years later, it moved home base to Florida.

Roy Hobbs Baseball is a very family friendly organization. It is geared toward an older subset of adult baseball. Most of its leagues and tournaments are 30+ or higher, with a few exceptions. One thing about them that is notable is that they are very good about acknowledging past players and updating the community when a player has passed away. Roy Hobbs is a close knit baseball community. They also sponsor and raise funds for the Challenger Baseball program, a program to help disabled athletes compete in baseball.

Roy Hobbs Baseball has affiliations, or memberships,  with leagues and individual teams across the country.

They hold three national tournaments each year. The Sunshine Classic in Florida, the Sea Otter Festival tournament in Monterey, CA and the World Series in Florida. For the World Series, they offer an upgrade VIP package for players to give them access to a locker room, training services and more.

Notably, Roy Hobbs offers a Woman’s only division for their World Series.

Unfortunately, Hurricane Ida did a number on Ft. Myers. This led to the cancellation of the Roy Hobbs World Series in 2022. However, the organizers are looking forward to getting back on track in 2023 as Ft Myers continues restoration and recovery. U.S. Adult Baseball began in 2013. It holds three national tournaments each year as well as many regional qualifier tournaments held by affiliated leagues around the country.

Being one of the younger adult baseball sanctioning bodies, they are growing every year. USAB ranks teams and offers relatively low cost affiliations for leagues or individual teams to join.

For a different experience, US Adult Baseball holds their annual World Series at the Ripken Experience in Myrtle Beach, instead of Arizona or Florida.

TNT Baseball Productions is going into their 4th year of creating memories for adult baseball players.

Their mission is to put on adult baseballtournaments and events that center around the players’ experience, so that they leave with some of the best memories they’ll ever have on a ball field.

Though they are a newer organization, they already are building a dedicated following of players that keep coming back for the TNT experience.

Events are open to players 30+ with pitching restricted to those 35 and up.

Players can sign up individually or as a team for the Opening Day classic up to a week before first pitch. There is a sizable discount for a team registration. This tournament could be a good warm up for your upcoming league season.

The Fall Draft Classic is open to individual registration  until the beginning of July. After registration is closed, the ex-major leaguers, who will act as coaches in the event, will conduct a draft of registered players and organize teams for the September camp style tournament.

The champions prize is a Pro Custom Maple bat specially made for the event by JAW bats.

Players receive uniforms with their names and are coached and managed by former major leaguers, similar to the MLB sanctioned Fantasy Camps.

In both events there are prizes and give aways, as well as a great time to be had by all who attend.

*Must Register before early July draft*

Play at the Plate

Scott Green’s Play at the Plate adult baseball tournaments have a feel of an event or fantasy camp. PATP focuses on making their tournaments memorable.

While they can be competitive at times, the tournaments are geared toward making sure each player has a great experience.

PATP features events where the location is as much a draw as the baseball games are. They hold events at historical, relevent pop culture sites or major league baseball fields to give their players a chance to live out their dreams on the field.

Similar to fantasy camps, you’ll have access to locker rooms and behind the scenes areas of the ball parks.

You can sign up as an individual or a team.

PATP also offers lifetime pass that will get you free entry to some events and big discounts on others.

Ballpark of the Palm Beaches The Rippey Ruckus began in 2021 as a friendly get together of teams that shared a love of baseball. The first Ruckus featured four teams gathering to play at Walt Andersen field in the small town of Rippey, Iowa.

Rippey has a rich history of Baseball going back to the end of the 19th century. Along with the rehabilitative care given to the previously worn down field by Coach Mel Murken and others in the community, the Rippey Ruckus helped to reignite the passion of baseball this town has held for generations.

Today, Rippey hosts the Ruckus along with numerous adult baseball and high school games throughout the year.

The Rippey Ruckus is an invitational tournament. In 2023, it will be held May 5-7, 2023 at Walt Andersen field in Rippey, Iowa.

If you are interested in playing in future events, you can reach out to the Rippey Baseball Commission by email at [email protected], on Facebook or on Twitter.

You can learn more about the Ruckus and the town of Rippey in this article:

What’s the Ruckus about?

Established in 1996, the Bob Wagner’s Wooden Bat Classic is held in January each year in Ft. Myers, FL.  It’s open to players age 30 and above.

A unique characteristic of this tournament is the age make up of the teams. Unlike other tournaments that simply establish a minimum age for each division, the teams in the Classic have minimum numbers of players of each age that must be on a team.

This make up of teams in a division gives the Wooden Bat Classic a different feel to other tournaments.

To sign up for a spot, you can go to woodenbatclassic.com.

CHECK OUT THE SCHEDULE

Manage Cookie Consent
To provide the best experiences, we use technologies like cookies to store and/or access device information. Consenting to these technologies will allow us to process data such as browsing behavior or unique IDs on this site. Not consenting or withdrawing consent, may adversely affect certain features and functions.
Manage options Manage services Manage vendors Read more about these purposes
View preferences
{title} {title} {title}
Scroll to Top